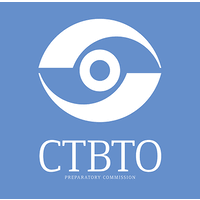 Comprehensive Nuclear-Test-Ban Treaty Comprehensive Nuclear-Test-Ban Treaty (CTBT) establishes as an international legal norm, the full-scale prohibition of any nuclear weapons explosion tests or any other kind of nuclear explosions. The Treaty envisages the mechanisms that control such prohibition, including distant monitoring and data collection and on-site inspections.

The CTBT was negotiated in the framework of the UN Conference on Disarmament in Geneva in the first half of the 1990s. The Treaty was then approved by the United Nations General Assembly and was open for signature on 24 September 1996. Belarus was among the first nations to sign the CTBT on the same day and ratified it on 13 May 2000. As of 2020, the CTBT has been signed by 184 states and ratified by 168 states. To enter into force, the CTBT needs to be signed and ratified by the 44 countries listed in Annex 2 (states which formally participated in the negotiations on the Treaty in the Conference on Disarmament and which possessed at that time nuclear power reactors or nuclear research reactors). 36 countries from this list have ratified the Treaty while India, DPRK and Pakistan have not signed the CTBT. China, Egypt, Iran, Israel and USA have signed but not ratified it.

In November 1996, states signatories of the Treaty established the Preparatory Commission of the Comprehensive Nuclear-Test-Ban Treaty Organization (CTBTO PrepCom). The main objective of this body is to facilitate the preparations for the Treaty’s entry into force, when, according to its' provisions, the Comprehensive Nuclear-Test-Ban Treaty Organization will start to function.

CTBTO PrepCom consists of all states that signed and/or ratified the Treaty. Commission’s work is organized in the form of regular sessions held in Vienna and meetings of the working groups. Provisional Technical Secretariat assists the PrepCom in its activities. The Secretariat is headed by the Executive Secretary (Mr. Lassina Zerbo, Burkina Faso). CTBTO PrepCom’s current main task is to set up the International Monitoring System (IMS) in order to be able to detect and identify nuclear explosions banned by the Treaty. The monitoring system will consist of a network of seismic, infrasound, hydroacoustic and radionuclide stations around the world.

The PrepCom has also established the International Data Centre (IDC) responsible for collecting, analysing, storing the IMS data and their distribution to the member states. By the time the Treaty enters into force, on-site inspection regime will start to function, making it possible to verifiably establish whether or not a nuclear explosion has been carried out. The Republic of Belarus is a party to global efforts aimed at facilitating the CTBT’s entry into force. Belarus’ position that the Treaty should be brought into action without delay is in line with the majority of the nations with regard to nuclear disarmament and non-proliferation. In order to facilitate the entry into force of the CTBT, regular conferences of the states signatories and ratifiers take place. A delegation of Belarus headed by Mr Vladimir Makei, Minister of the Foreign Affairs, participated in the last CTBT Conference held in New York on September 25, 2019. In September 2012, the National Data Centre was established within the Belarusian Ministry for Emergency Situations in order to obtain, reprocess and disseminate the data received from the CTBTO’s International Data Centre. PrepCom’s Secretariat assisted in equipping the Belarusian National Data Centre.

In 2017 and 2018, the Executive Secretary of the Preparatory Commission of the Comprehensive Nuclear-Test-Ban Treaty Organization, Lassina Serbo, visited the Republic of Belarus.