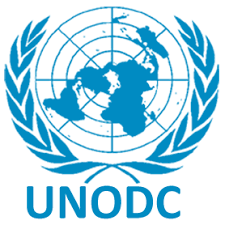 Belarus has been cooperating with the UN Office on Drugs Crime since its establishment in the 1997.

The cooperation contributes to the realization of the initiative of the President of the Republic of Belarus to intensify international efforts to combat human trafficking.

The continued commitment to the UNODC has also been reflected in Belarus’ repeated election to the Governing Bodies of this intergovernmental agency. Belarus was a member of the UN Commission on Narcotic Substances (CND) three times (2002-2005, 2010-2013, 2016-2019). Our country also was elected to the UN Commission on Crime Prevention and Criminal Justice (CCPCJ) four times (2010-2012, 2013-2015, 2016-2018, 2019-2021). In 2018, Permanent Representative of Belarus to the International Organizations in Vienna, Ambassador Dr. Alena Kupchyna was elected to the position of the Chairperson of the 28th session of the UN CCPCJ. Previously representatives of Belarus have not been elected to the positions of the chairpersons of the sessions of functional Commissions of the ECOSOC.

At the initiative of Belarus a package of substantial resolutions on countering trafficking in human organs, trafficking of new psychoactive substances, trafficking in human beings, proliferation of crime and drug addiction was elaborated and adopted by the CCPCJ and the CND. The International Training Center of the Academy of the Ministry of Internal Affairs of Belarus and the UNODC regularly organize joint international educational and training courses, seminars, round tables on prevention of drug abuse and rehabilitation of drug addicts, the fight against organized crime and drug trafficking.